According to Alexander Jean, Stampede had existed for a long time before they met Stirling, BC Jean stated:

My husband [Mark Ballas] continuously played this on his guitar around the house and back stage of our shows, really hoping we would write something powerful to it. [...] I said from the beginning that this music was something special that should stand on its own. And that’s coming from someone who loves words, lyrics, and storytelling!

On February 15, 2018, Instagram stories of the three of them were posted, hinting at a possible collaboration. Stirling and Ballas were shown playing the violin and guitar, in what seemed a studio. 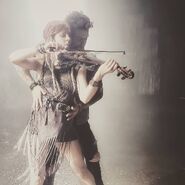 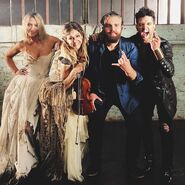 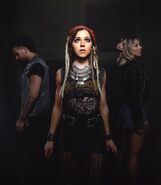 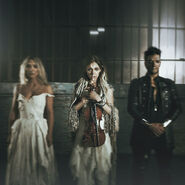 Photography on set by Joshua Shultz 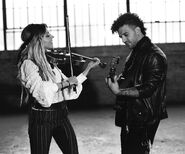