On August 11, 2016, Stirling released a video explaining the meaning and composition of Prism.

On the official booklet of Brave Enough, Stirling explained that every song represents a step "a step that has taken me from being a heartbroken lost girl, wishing for bravery, to a woman who is ready to answer the call of something wild." About Prism, Stirling stated:

"Each of us is self-created and self-projecting. What you believe yourself to be is who you ultimately are."

Stirling performed Prism for the first time on July 11, 2016 at The Dome at Oakdale Theatre in Wallingford, Connecticut.

The official YouTube video was released on October 14, 2016. It was sponsored by M&Ms and Mars. 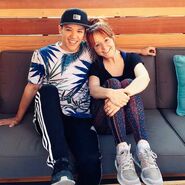 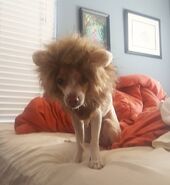 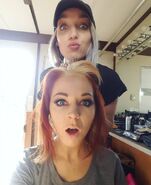 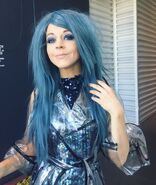 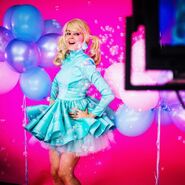 Add a photo to this gallery

Retrieved from "https://lindseystirling.fandom.com/wiki/Prism_(song)?oldid=3532"
Community content is available under CC-BY-SA unless otherwise noted.