Devin Graham (born July 29, 1983) is an American videographer who produces adventure and extreme sport videos on YouTube under the name devinsupertramp. His channel has more than 4.5 million subscribers and over 915 million total views.

Graham began making films of his stunts snowboarding at an early age. After breaking his back and legs snowboarding, he shifted his focus to being behind the camera. He studied film making at Brigham Young University with the original intent on working on feature films. After seeing the successes of YouTube videos, specifically one made on a cellphone that amassed over two million views, Graham opted to focus on making videos of his own rather than completing his degree.

Graham mostly produces, films, and edits his videos on his own. In a number of occasions, Graham has stated that he's worked with his roommate Jeff Harmon, others for sound, and cameramen if required. In Logan, Utah, he recruited 30 fan volunteers to help him shoot a snowball fight after making a public appeal on Facebook.

Graham's YouTube channel has more than four million subscribers and his videos have amounted to over a billion views as of November 2017. His videos are noted for their high production value and frequent use of Glidecam stabilizers. Some of his revenue comes from corporate sponsorships for his videos; which have included the clothing brand Vooray, Timex, Kelloggs, Bear Naked, Mountain Dew, Ford and Reebok, as well as Speed Stick Gear.

For a short time he dated Lindsey Stirling; they both attended the same university and church (The Church of Jesus Christ of Latter-day Saints). The two began dating shortly after the filming of the music video for Stirling's "Crystallize". They have since ended their relationship, but still remain friends.

Graham has directed a numerous amount of Stirling's music videos in the begining of her career.

Graham has photographed Stirling from 2011 to 2012. One of the shoots was used for the artwork of Stirling debut studio album Lindsey Stirling. 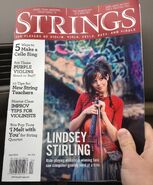 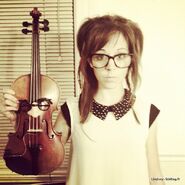 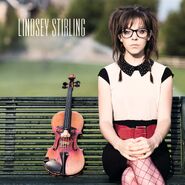